Mediation: Isn’t it better to win at court? 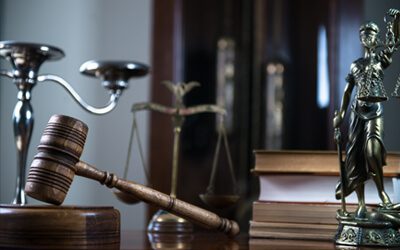 A client was refreshingly honest with me at a mediation seminar I gave recently saying “I’ve never been particularly keen on mediation because quite frankly it is better to win at court”.

Mediators, including of course myself, are incredibly focussed on the risk of going to court. I often refer at a mediation to one of my mentors’ likening the calculation of litigation risk to a bet placed at the local (or in todays parlance, online) bookmaker and the analysis of the chances of success at trial being dependent on the side of bed the judge got out of that day.

I had forgotten that a large majority, if not all litigators, believe that if they are going to go to trial that they will win hence the statement above.

Thinking about it, then of course, if we plan to win then that must be better …. or is it? Reflecting on two cases that had caused clients to push for mediation after the event, I realised that this was unlikely to be true and that whatever the position of the court, life and business are still likely to take their course outside its walls.

The first case involved two separate deals between a property investor and construction company that had that had turned sour. Effectively the arguments focussed around an entitlement to commissions and an option to buy a piece of land. The companies had worked with each other for a number of years and were both very well known within a small community in the field. At trial, the construction company won and as such were not required to pay commissions or honour the option on the basis of the construction of the documentation. However, the fallout was devastating for the construction company who were not commissioned on a number of projects as a result of non-specific Chinese whispers within the industry and could not achieve the investment they had been counting on for development projects. The company went into liquidation shortly afterwards.

The second case was a particularly messy employment tribunal.  A successful tech company defeated a claim for unfair dismissal. The tribunal had lasted three days and two of the directors had been required to be present during that time. As result of the time spent by various members of the organisation during the preparation for trial and the trial itself, several individuals took their eye off the ball and lost a lucrative business opportunity.  The cost of management time and sick days had cost significantly more than any payout would have done had they lost. The Directors, however, said for them that this had not been the worst part. They had felt the win was empty because they saw the toll that the process had taken on the former employee involved. This was counter intuitive to their values and aspirations as a company and were devastated that the effect the process had had on the former employee was something that they would have to carry with them personally for the rest of their lives.

Going to court can never be seen in isolation. It always happens within the context of peoples’ lives and businesses. So, although sometimes a win is necessary, it often can be less sustainable than a mediated solution arrived at with the collaboration and participation of both parties and lawyers.